Cookie preferences
This website uses cookies, which are necessary for the technical operation of the website and are always set. Other cookies, which increase the comfort when using this website, are used for direct advertising or to facilitate interaction with other websites and social networks, are only set with your consent.

last year when the BnS Life discord was still in use, people asked me about adding a new version of the "Hall of Whales" that was used on the bnstools website a long time ago. The original calculation of a score was kept rather simple and - in my opinion - easy to manipulate. But I liked the idea of giving a definited score to characters as a whole and combine it with saving the best gear a character ever had to make recruitment and comparison easier, especially for Clan Battlegrounds and the possibility of showing your PvP gear without having to switch to it every time.

Originally, the gear was only saving by request but when I thought about it a bit more, there is actually no reason to have it requested by anyone when I am able to just save and archive every character when visited and I hope this feature is of great use for the player base. As a reminder, only gear that hits a score of 1500 is saved and preserved. I am not actively playing the game anymore since the Astromancer came out, but I am still sitting here and working on this website and observe the progression of players using the statistics this website collects.

Anyways - if there is anything I can help you with, just send me an e-mail. I usually try to get back to people within a short amount of time. I actually tried to reach out to the Blade and Soul team again to see if there is now more data available I could use to enhance the website. The improved publicly available API is already nice, but there is probably more to discover! We will see..

For the coming weeks I plan on adding a gear comparison feature which allows you to compare the gear and stats of up to 3 characters at the same time. I thought this might be useful to have, so keep an eye out for it!

As mentioned in the title, I wanted to talk a bit about gear scores. They are the enhanced version of the "Hall of Whales" from past times. Despite having the name "gear score", the score includes every characteristic of the characters, not just the gear and players should be able to brute force the exact value distribution anyways, but it should not change the general outcome of the top rated players. The score is not perfect by any means but I am quite happy with the improvements I made to it over the past year and I do agree with the resulting toplist for the most part and only change a few values rarely, like the addtional evaluation of Obsidian and Garnet gems I added recently.

For now, I do not want to go into too much details, but I want to give you a bit of an understanding of the gear score.

The general score is the for both sets, PvE and PvP and looks into following information:

Next to this, both scores get type specific scores added to the general score.

Following stats are included in the PvE specific score:

Following stats are included in the PvP specific score:

Obviously the specific stats are weighted based on their relevence for the corresponding aspect of the game. I hope to find access to an API that gives feedback about the equipped Unity and Compound stats so that those can be included in gear score as well. We shall see about this in the future.

Nevertheless, I hope you enjoy the usage of the website. I am currently looking into moving the whole system to a different host to boost the loading times of every page to give you an even better experience. I should probably also add a way to send donations to keep the website running, but I need a bit more time to think about it. I've spent like, a total of 700 hours on this website now. Redesigned it twice and nothing is created from a preset, all made by hand and espercially design takes a while. But I enjoy it so I even continued after UE4 released since the website is in great usage and the amount of access even increased by around 50% since the 3.0.0 update! Thanks for that.

For those who still play the game actively, enjoy your time. I do not think I will touch it again due to everything that happened within the game and management, but I will try to keep updating the website for ya all! I am also still part of the Raid Recruitment discord if you need anything and do not want to send a mail. 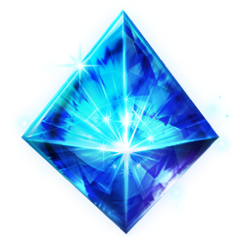